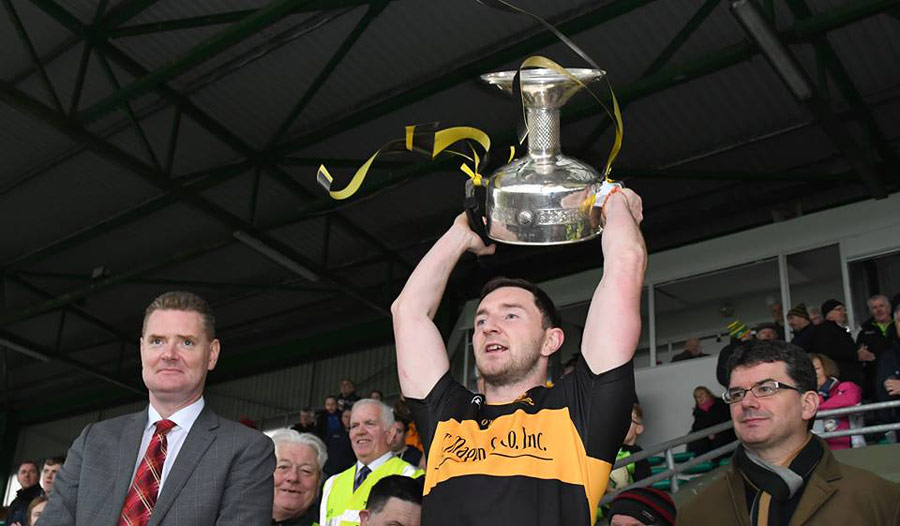 In the first 100 years since our foundation in 1886, we had won 4, a famous 4 in a row from 1912, led by the magnificent Dick Fitzgerald. Over the past 26 years we have won 8 more, with Colm Cooper and Eoin Brosnan winning their 7th County medals having played in 10 county finals, an incredible achievement by two of the greatest players to play for the black and amber.

Monday was a day to reflect and enjoy celebrating with the most dedicated bunch of players I have ever seen over the past 40 odd years since I first went up to Lewis Road. What makes them so special is their resilience, their refusal to accept defeat (losing three county finals to South Kerry : 2004, 2006 and 2009) and coming back winning four in a row from 2010 to 2013 and now 2016 and 2017. They have won five Munster Championships, yet lost an All Ireland Final in 2007 after a replay, and lost three All Ireland semi-finals in a row before eventually reaching the Holy Grail last March.

Many wonder what is the secret to Dr. Crokes’ successes. The answer is sheer determination and commitment by not alone players, but just as much from their partners, their families and the wider Crokes family who’s support is phenomenal.

Monday was the day that we as a club acknowledged this commitment and support by having a luncheon where over 110 people from baby Susie Brosnan (Eoin’s daughter), to the young lads like Killian White, whose older brother Gavin got man-of-the-match and when Killian was asked in school when we brought the cup in ‘has he anything to say’ he replied : ‘My brother is the best footballer in Kerry’! To our Patron Donie Sheahan, now in his 90’s but still with words of wisdom to all, a great man who kept the club going in the forties along with the likes of Club President John Moynihan when winning wasn’t a habit then.

The lunch also gave us a chance to mix and congratulate the lads, to tell them how proud we are of them and what they have done for all of us, how much it means. Our outstanding Chairman Denis Coleman spoke some great words and remembered that we laid to rest four Crokes supporters in the past week. There was a few words from the incredible Pat O’ Shea, inspirational as always so steeped in the history of the club and payed tribute to a wonderful bunch of players. The last words went to Captain Daithi, who led by example in the final scoring a couple of majestic points,. Daithi thanked the families, the sponsors, the management, the girls who provide the dinners after training and his team-mates, his best friends.

After the lunch there is a chance to move on to a few other places and talk to young and old, the younger lads getting to learn that it has not always been like this and won’t last forever either. A special Day, a special team, a wonderful Club. Tomorrow and more importantly together, we start preparing for the next journey, Clonmel on next Sunday, whom we play in the Munster quarter final.

We use cookies on our website to give you the most relevant experience by remembering your preferences and repeat visits. By clicking “Accept All”, you consent to the use of ALL the cookies. However, you may visit "Cookie Settings" to provide a controlled consent.
Cookie SettingsAccept All Reject All
Manage consent

This website uses cookies to improve your experience while you navigate through the website. Out of these, the cookies that are categorized as necessary are stored on your browser as they are essential for the working of basic functionalities of the website. We also use third-party cookies that help us analyze and understand how you use this website. These cookies will be stored in your browser only with your consent. You also have the option to opt-out of these cookies. But opting out of some of these cookies may affect your browsing experience.
Necessary Always Enabled
Necessary cookies are absolutely essential for the website to function properly. These cookies ensure basic functionalities and security features of the website, anonymously.
Functional
Functional cookies help to perform certain functionalities like sharing the content of the website on social media platforms, collect feedbacks, and other third-party features.
Performance
Performance cookies are used to understand and analyze the key performance indexes of the website which helps in delivering a better user experience for the visitors.
Analytics
Analytical cookies are used to understand how visitors interact with the website. These cookies help provide information on metrics the number of visitors, bounce rate, traffic source, etc.
Advertisement
Advertisement cookies are used to provide visitors with relevant ads and marketing campaigns. These cookies track visitors across websites and collect information to provide customized ads.
Others
Other uncategorized cookies are those that are being analyzed and have not been classified into a category as yet.
SAVE & ACCEPT